Since the independence of Tanganyika in 1961 and the creation of the United Republic of Tanzania with the Zanzibar archipelago in 1964, the country has traditionally benefited from an important political and social stability, despite its great ethnic and religious diversity. Since 1992, following the amendment of the Constitution, a multi-party system has been re-established with a gradual opening of democratic spaces, although the political system continues to revolve around the former single party, the CCM (Chama Cha Mapinduzi).

Thanks to two decades of sustained growth, Tanzania achieved lower-middle-income status in July 2020, thus surpassing the status of low-income country. The World Bank estimates that in 2021 the country will have a real growth in gross domestic product of about 4.3%, combined with a growth in GDP per capita of 1.3% [1].

The country has a large population in East Africa (estimated at 61 million people) but the lowest density, while nearly a third of the population resides in urban areas. The population is predominantly young, made up of young people under 25 years of age - about two thirds - which is growing rapidly, moving from rural areas to cities.

Tanzania's continued progress in expanding economic opportunities for women has contributed to its recent success in growing and reducing poverty. The female labor force participation rate rose from 67% in 2000 to 80% in 2019, well above the 63% average in sub-Saharan Africa and among the highest on the continent. Between 2007 and 2021, the poverty rate dropped from 34.4% to around 27% [2].

In Tanzania, the historical presence of the Italian Development Cooperation represented one of the most important components in the promotion of the country system. Over the years, the areas of intervention of the Italian Cooperation have included crucial sectors such as health care, rural development, food security, basic services, professional training, with particular attention to gender issues. In recent years, an increasingly important role has been played by AICS activities in the sector of professional training (TVET - Technical and Vocational Education and Training) and statistics. 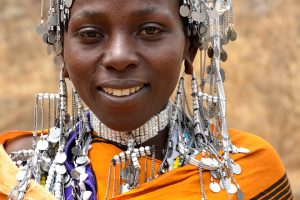