Kampala (Uganda) – The Ambassador of Italy to Uganda, H.E. Massimiliano Mazzanti and the Minister of Finance, Planning and Economic Development, Hon. Matia Kasaija signed on August 19, 2021, at the Ministry of Finance, the agreement for the Italian contribution to the second phase of the Karamoja Infrastructure Development Project (KIDP II). The signing ceremony was attended by the Minister of Health Hon. dr. Jane Ruth Aceng, the Karamoja's Minister of State for Affairs,Hon. Agnes Nandutu, and the Ambassador of the European Union to Uganda, H.E. Attilio Pacifici.

In the Karamoja region, which has the highest poverty rate in Uganda, 70% of families have inadequate access to health facilities. This is due to the lack of adequate infrastructures (limited number or inadequate hospitals in the area) and human resources, and due to the limited training of the medical and health personnel employed.

In past years, with the contribution of the Italian Government and the technical support of the Italian Agency for Development Cooperation (Aics), the Ugandan Government was able to build accommodation in every district of Karamoja for medical personnel working in the most remote areas of the region. Through the KIDP II, with a soft-loan of ten million euros from the Italian government and a 2 million euros contribution from the Ugandan government, the Government, with the technical support of the AICS, will be able to build and equip new hospitals, as well as to expand and modernize the departments of existing structures, and train medical staff. Once the implementation activities will start in the coming months, the initiative will last three years.

When signing, Ambassador Mazzanti underlined the importance of the agreement by noting that it will further strengthen the relations between Italy and Uganda; two Countries which have common ties since before independence.

In thanking Italy for its continued support and partnership, Hon. Kasaija expressed the importance to find a lasting solutions for peace and security in the Karamoja region, this in order to give impetus to development iniatives that have been funded so far - mainly in the fields of education and health.

This initiative, is aligned with the ongoing efforts of the AICS Regional Office in Nairobi to support local health systems within the Region which, in such extraordinary circumstances caused by the Covid-19 pandemic, are facing increasing difficulties in providing a more effective and timely assistance. 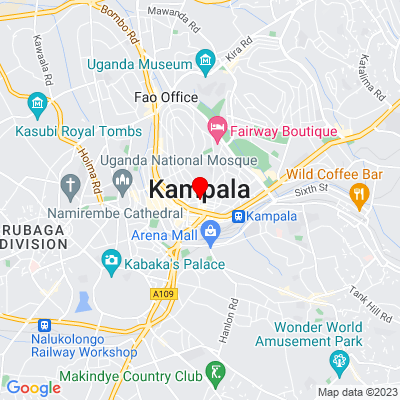 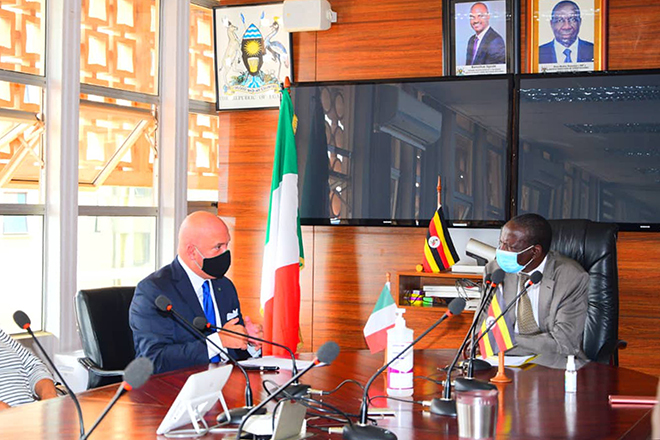 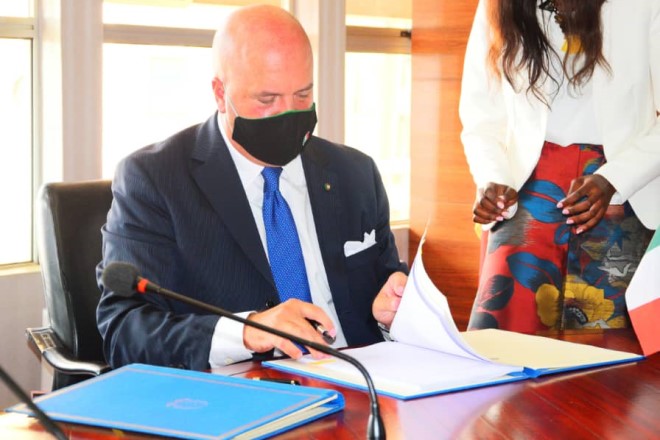 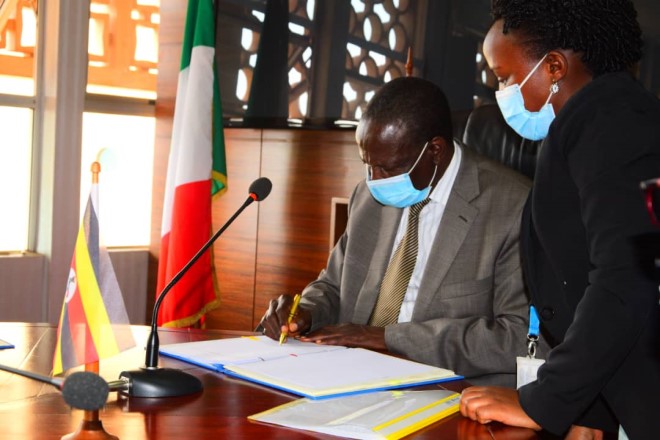