Christine’s cassava: from the land, dreams are born

Christine is the owner of a small farm in Magodi, a village located at about 40 km from Kwale. Kwale is the town overlooking the Indian Ocean from its surrounding hills; it gives this southern County its name. From the road climbing towards Magodi, while cutting fields of fire-like red earth scented with sea breeze, it is possible to see the Indian Ocean bathing the paradisiacal beaches of the Kenyan coast.

Christine is 42, she’s a widow, and has seven children between the ages of 9 and 24. Three of her children, those who are still in primary school, help her with the work in the fields because she lost an arm many years ago and today it is not easy for her to work as a farmer. The land they own is about one acre large: here, Christine has been growing dozens of cassava plants for almost ten years. Part of the cassava she cultivates is sold; the other part is used for domestic consumption.

The roots of cassava are in fact edible and represent a fundamental part of the daily diet of many rural communities. Given its tolerance to periods of drought, cassava in Kenya is cultivated especially in arid and semi-arid areas, which constitutes about 80% of the country's surface. The crop is unfortunately very sensitive to a certain type of virus that recently has spread rapidly in many regions of East Africa, and in some cases has practically cancelled production.

Christine, she tells us, has been part of the 'Magodi Vision' farmers' cooperative since 2016. Thanks to her membership in the cooperative, she was able to participate in various training courses on the production of corn and cassava and had access to the small microcredit group created by the community. A big turning point for Christine came during the month of June when she received, as part of the Italian component of the Go Blue Program, an improved variety of cassava, known as Tajirika. 'Tajirika is a word of the Kiswahili language which means rich, prosperous', the interim County Executive Committee of Agriculture, Livestock and Fisheries explains us. This variety, purchased and certified by the Kenya Agricultural and Livestock Research Organization (KALRO), matures faster than the local one, has a better productivity and in addition to being suitable for processing, it is particularly tolerant to the virus. Tajirika matures in 8-12 months, and in optimal conditions it can produce up to 20 tons / acre. Thanks to this new variety, Christine was able to improve her income from the sale of cassava.

But the good news for Christine and Magodi's farmers community don't finish there. Through the support of the 'Go Blue' project funded by the European Union, the Italian Agency for Development Cooperation (Aics) through the technical partnership of the Mediterranean Agronomic Institute of Bari (CIHEAM Bari) is supporting the construction of a cassava processing plant powered by solar energy which will allow to peel, chop and dry cassava for flour production. Flour is in fact a product that can be sold at a higher price than fresh cassava and which guarantees greater income for farmers. The construction works, which started in October, are entrusted to the community itself under the supervision of the County of Kwale in a view to enhance ownership.

''I am really, really happy with the construction of this processing plant" Christine confides. ''I think it will help us a lot to create new products and improve our access to the market''. Cassava flour, compared to fresh product, is easy to store, has a stable price and can be added to corn flour for the preparation of ugali, one of the Kenyan dishes par excellence.

Christine's dreams are to one day become the president of the farmers' association and to expand her cassava production. Hopefully, the Go Blue project will help her achieve at least one of the two.

About the 'Go Blue' initiative

Go Blue is the Programme for the development of Kenya coastal counties funded by the European Union and implemented in partnership with the Government of Kenya: the goal is to promote sustained, inclusive and sustainable economic growth, with attention to habitat conservation marine and coastal waters and to effective and integrated maritime governance. Go Blue is implemented by the Italian Agency for Development Cooperation together with the cooperation agencies of Germany, Portugal, France, two United Nations agencies (UN Habitat and UNEP) and with the Jumuiya Ya Kaunti Za Pwani – JKP Secretariat, the representative body of the six coastal counties of Kenya.

The Italian Agency for Development Cooperation (Aics) of Nairobi is responsible for the Go Blue component aimed at promoting economic growth and the strengthening of the blue economy chains. For its realization, Aics can count on a partner of excellence such as the Mediterranean Agronomic Institute of Bari (CIHEAM Bari), highly specialized in the sectors of agriculture, management of coastal areas and fishing. Through Go Blue, Aics intends to promote the development of the fishing and cassava supply chains, two driving sectors for the local economy, and to support the strengthening of the JKP Secretariat, a strategic partner for the implementation of the initiative and responsible for its coordination and monitoring. 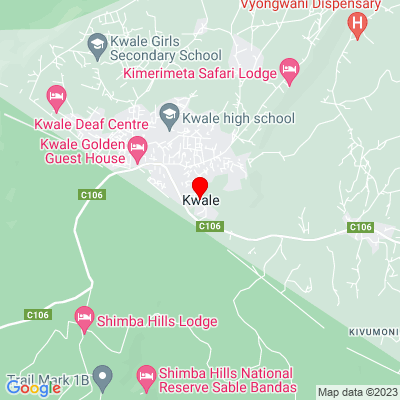 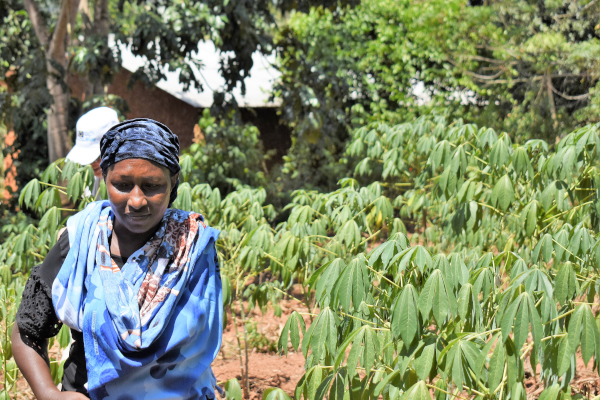 Christine, main protagonist of this story, in her Cassava field in Magodi 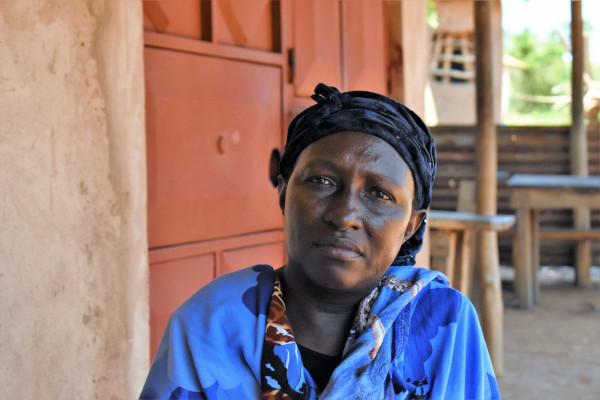 A portrait of Christine, during our interview 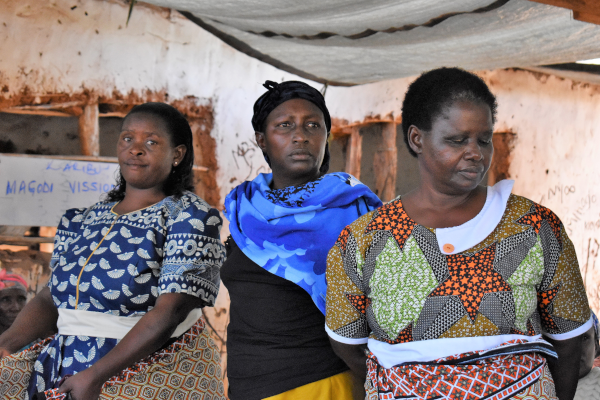 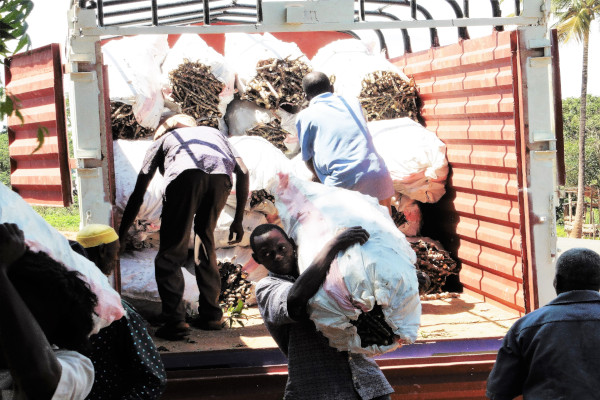 Members of Magodi's agricultural cooperative unload Cassava from a truck. The Cassava on the photo is an improved variety of cassava, known as Tajirika, donated by the Go Blue programme. 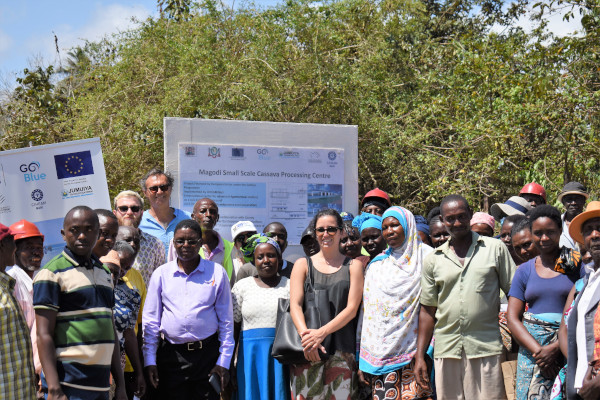 The staff of the Italian component of the Go Blue project celebrates the beginning of the construction of the Cassava's transformation centre in Magodi, together with Magodi's agricultural cooperative.